Daylight distinguishes itself by its daily and seasonal nuances, in which nature moves cyclically from sunrise to sunset. Sunlight’s varied gamut of transformations majestically imposes its cadence to terrestrial activity. Inspired by the synergy between living beings and natural light, Sollum Technologies created the only lighting solution that can recreate and modulate the full spectrum of natural light in all of its complexity.

In nature, the living and their environment demonstrate exceptional complicity. Natural light is an essential and inherent component to the living and their interactions. In order to better understand it, it’s useful to remember a few meteorological, atmospheric, astronomical and physical details. Light possesses a complex spectral signature which is constantly modulated by natural phenomena.

For example, the rotation and orbit of the Earth produce daily and seasonal light cycles. Sollum elected to deconstruct the entirety of the Sun’s light spectrum in order to use it as inspiration for the design of a lighting solution which follows the rhythms and quality afforded by nature.

To better understand the complexity of natural light, the spectral signature graphs below illustrate two series of light signatures present in the human environment. Different lighting technologies can produce a light color temperature measured in Kelvin (K), which, at first glance, appears to be similar to one another. In the example below, the color temperature of the 2700K lighting is characterized as “warm” lighting (otherwise known as “amber”) whereas 4700K is relatively “colder” (or “blueish”). One can observe that the 4700K Sun spectrum is much more complete than its LED-generated natural white equivalent.

The expressions “sunlight” and “daylight” are often used interchangeably. We’ve elected to use “natural light” in this document because it unifies and specifies the nuances of sunlight as it is transmitted to Earth during daytime.

Light emitted by the Sun is electromagnetic radiation. In effect, it is a kind of evacuation of excess energy transported by a ray of light. Sunlight covers a large spectrum referred to as the electromagnetic spectrum, of which only a segment is visible. The visible spectrum can be represented by a graph similar to the one presenting the Sun’s signature above.

Only a small fraction of the light the Sun emits is directed towards Earth. In the course of its motion, a sun ray is fundamentally altered by its interactions with the matter that comprises the Earth’s atmosphere. When measured in space, the Sun’s spectrum is different from the one perceived on the Earth’s surface. Indeed, different parts of the Sun’s light spectrum are reflected, absorbed, diffused or refracted in various ways by the particles, dust, water vapor, clouds and other gases that make up the atmosphere.

The figure compares the electromagnetic radiation observed outside of the atmosphere with one
observed within the atmosphere (in which life evolved).

To better flesh out the advantages of representing light by its electromagnetic spectrum, the example of the rainbow is a useful device because it vividly demonstrates how natural light is composed of an amalgamation of different colors. The rainbow is one of the few natural manifestations of the dispersion of white light. In effect, water droplets suspended by humid weather refract the colors that comprise light in the same way a prism does.

The human eye only perceives a unified white color, but natural light is composed of a diversity of colors in distinct proportions. One observes and measures light with a spectrometer. The device represents light as a subtly segmented range of wavelengths measured in nanometers (nm). The visible range goes from 400 to 700 nm. For example, 470 nm represents a blue light whereas 630 nm represents a red light.

Nature’s evolution over time is a beautiful thing to behold, and it warrants taking the time to properly understand the phenomenon. This section deals with the spectral transformations and intensity variations in natural light that engender periodic changes in Nature. The following explains the way solar fires dictate days and seasons according to latitude, which results from the Earth’s rotation and orbit.

Natural light is characterized by its dynamic spectrum. The reflections and filters the Sun’s light is subjected to by the Earth’s atmosphere can be altered by randomly occurring meteorological events at a moment’s notice.

For example, a simple cloud cover significantly alters light intensity and the proportions of the wavelengths that make up the spectrum of natural light.

Cloud cover in front of the Sun
© Sollum Technologies 2020

From sunup to sundown, daylight evolves hour-over-hour following the Earth’s rotation. Light variations are impressed at dawn and in the evening by a red Sun and a sky upholstered by orange shades. It goes without saying that the spectral composition of light transforms itself significantly over the course of a day.

These chromatic events, rendered brilliant by the predominance of the color blue or by its mitigation by red tint, result from the disordered redistribution of blue light by the atmosphere, a phenomenon known as the Rayleigh scattering. Depending on the angle at which light penetrates the atmosphere and the thickness it traverses, the distribution of blue light varies. The more particles light encounters, the more its blue component is redistributed in all directions to the detriment of its original direction. Given that “nothing is lost, nothing is created,” this redirected blue light explains the dominance of blue when indirectly observing the Sun, and its relative absence when observing the Sun directly.

It’s not just light color that is affected by the thickness of the atmosphere it traverses. The overall intensity of light varies tremendously as well. From the first light of dawn to the last rays of the sunset, light intensity gradually increases until the Sun’s apex and then gradually diminishes.

Snapshots of different solar spectra over the course of a partly cloudy day underscore light’s spectral evolution. The ratio of wavelengths in the spectrum’s blue tier to those in the red tier is greatest when the Sun is near its apex. At an intermediary altitude above the horizon, the blue, green-yellow and red tiers are more balanced and the red tier dominates the horizon.

Sun’s spectral progression in Montréal during the afternoon of April 15, 2020
© Sollum Technologies 2020

These daily intensity variations and spectral transformations, in tandem with those extending over longer periods of time (described in the following section), serve as true information vectors for time’s progression in nature.

Beyond daily variations, annual variations add another dimension to the dynamic nature of natural light’s spectrum. From one season to the next, light evolves according to the Earth’s orbit given the oblique inclination of its orbital axis.

Depending on latitude, light intensity varies annually as a function of the maximum altitude the Sun reaches daily relative to the horizon. The Sun’s altitude in the sky derives from a logic similar to that of the duration of daytime. Therefore, the higher the Sun’s maximum altitude, the higher the concentration of energy projected by the Sun on a small surface. To visualize this phenomenon, imagine a cylinder as a ray of light: the cylinder’s area when its bases are parallel corresponds to the highest possible concentration of light on the smallest surface possible and yields maximum light intensity. When the bases of the cylinder aren’t parallel, the same quantity of light is distributed across a bigger surface; the more the angle separating the cylinder’s bases decreases, the more the light intensity diminishes as well.

Sollum Technologies’ creative genius meticulously scrutinized the dynamics of natural light. Sollum developed a lighting source that recreates and modulates the spectral subtleties of natural light with the goal of deploying it in places that have very little, if any, access to sunlight.

By using nature’s innate intelligence as a reference, our fixtures recreate the full cycles and variations of solar light with unparalleled quality and precision.

Indeed, our technology provides the ability to dynamically recreate the full spectrum of natural light and all of its nuances with a single smart lighting solution. Our solution accounts for all potential variables: meteorological changes, location (longitude and latitude), altitude, time of day, and the air mass’ composition. This enables us to optimally recreate every climatological and lighting condition from all regions of the world.

Since each of these parameters engenders a variation in light spectrum, we consider each in order to ensure optimized, personalized and creative lighting. By virtue of our commitment to following the natural solar spectrum, we make it possible to produce a quality light directly inspired by nature.

The graphs below demonstrate that Sollum’s technology enables the full recreation of the visible part of sunlight’s spectrum on one hand, and illustrates the modulation of the spectrum produced by Sollum’s fixture on the other.

Inspired by nature, Sollum Technologies was founded in 2015 to offer greenhouse producers the only smart LED lighting solution which dynamically recreates and modulates the full spectrum of the Sun’s natural light. It is based in Montréal (Québec, Canada), where its design, development and manufacturing activities are concentrated. It works closely with its clients to create recipes adapted to the growth cycle of each product, regardless of its native climate in the world and the location of the greenhouse. Sollum’s lighting solutions thereby provide unparalleled value in terms of energy savings, productivity and superior produce quality through a flexible, adaptive and easy-to-use application, with great respect for the environment. For more information, visit sollumtechnologies.com or our LinkedIn page. 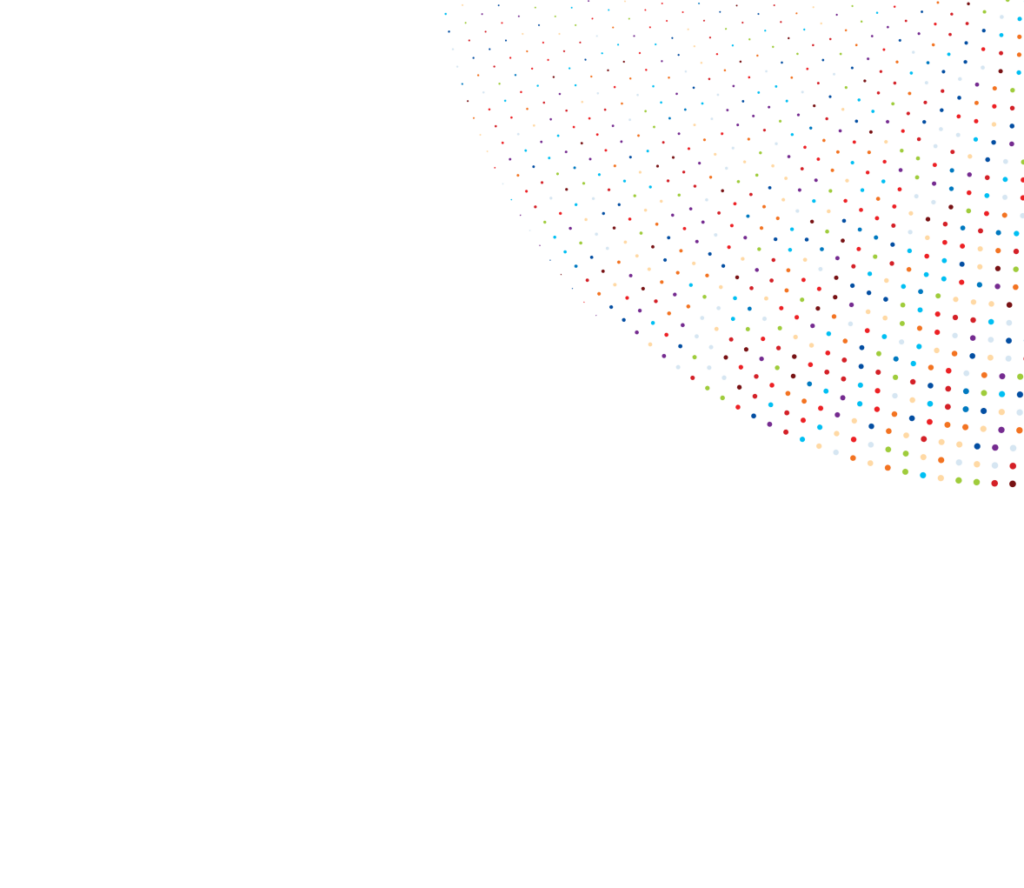